has it seriously been over a year!?! 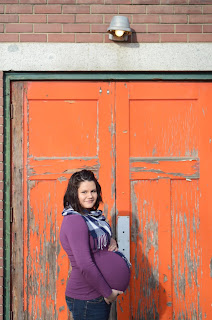 THIS
I would say has been the most notable thing that has transpired in the last year! 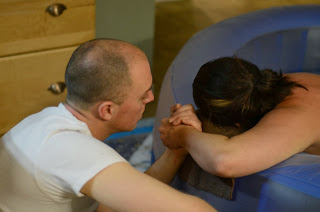 We PLANNED and PREPARED as much as we could.
Read studies, measured statistics and risk ratios
...did a lot of soul searching...
After we decided that birth at home was right for us, despite the possible "risks", it was on to the real practical groundwork in preparing for a successful home birth...

encouraging proper PELVIC ALIGNMENT by way of the Webster Technique with Dr. Ouimet

and ACUPUNCTURE with Dr. Andrea Hansen

With the HELP of an amazingly supportive team,
Which also included 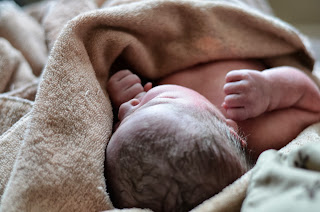 I have been SO enjoying my time at home with my kiddies. There's nothing more precious than watching your children grow. 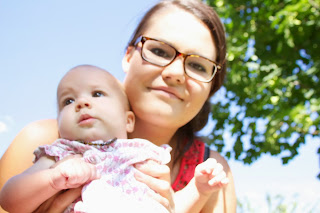 I am now booking clients beginning in October.
I am so excited to continue my journey as a doula and feel it is of the highest honour to be invited into the birthing room.

preparing for a backwards babe

Breech presentation...
is when babe is sitting head up with bum and/or feet down towards moms cervix.


for most of North America breech presentation is a medical reason for a cesarean birth...

In the day of our great grandmothers it was more common for breech babes to be born vaginally, however there are currently few doctors who have the skills necessary for this kind of delivery.


This is actually the birth story of my first babe Simon almost 4 years ago now.
Simon was sitting bum down in my belly and the doctors were unable to turn him for medical reasons and so he was born by scheduled cesarean section on December 22, 2008. 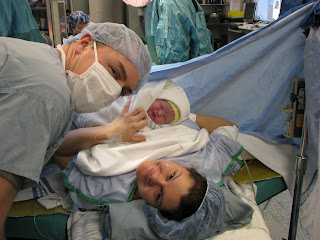 If your babe is breech there are things you can do to try and get him/her in the optimal position for delivery. I would urge you to try all that you possibly can, in a safe manner, and accept cesarean section as a sort of last resort. My experience with cesarean section is actually very positive...however there is no denying that a vaginal delivery has far less risks to mom and babe.

Here are a few things you can do to try and turn your babe in preparation for a vaginal delivery:

Chiropractic Adjustment
the Webster's Technique is a chiropractic adjustment that corrects sacral subluxation and/or S/I joint dysfunction (improper alignment of the pelvic area causing tension in the muscles surrounding the uterus). Left untreated this can make for a more difficult labor for mom, and also prevent baby from getting into the most optimal position for birth. I would encourage you to see your Chiropractor throughout your pregnancy, as this is an issue they would naturally address for you.

Acupuncture
Moxibustion is the stimulation of an acupoint by the burning of a cone of moxa (an ancient Chinese herb) placed at or near the point. This technique has been used for centuries to turn babies, and is one of the most effective methods for turning.  I know it sounds a little crazy but here is how it works...when moxa is burned near certain acupoints fetal activity increases. The more active babe is the more likely babe is to turn. This is the idea. There have been studies to gauge the efficacy of this technique done both once or twice a day... they have found that the success rate was around 55% with one treatment and 79% with two. Studies have also shown the technique is most effective before 35 weeks gestation.

External Version
is a manual attempt by a trained physician to move a breech baby into the head down position. It is usually more of a last resort and is done around the 37th week of pregnancy... it can't be done much sooner than that because the babe would still be small enough to return to a breech position. It is usually only attempted a couple of times as there are risks associated with the procedure. The major concerns here are that there is a chance the version could open a previous c-section scar, rupture the amniotic sac, rupture the uterus, damage the umbilical cord, or cause the placenta to become unattached from the uterus. That being said the risk of these complications are very low and it is always done in a very controlled environment so that in the event that any of these complications do occur, help is never far away. Success rates of external version are 60-70%.

The 3 above have the highest success rates...

The following list are things you can try at home...

Forward Leaning Inversion
this is kinda like a yoga pose where you start in a face down position and the goal here is for your shoulders to be lower than your hips. I've seen this done in varying degrees...the most dramatic being a woman in an almost head stand position resting her knees on the seat of a chair and her head on a pillow on the floor (I'm not sure this would be a great idea especially without supervision and support). The most simple version of this inversion is a basic hand and knees position lowering to your elbows and resting your forehead on the floor. You could easily do this with many different props including but not limited to the exercise ball (one of my favourite tools :))

Breech Tilt
this is also a yoga type position where you lie on your back and your shoulders are higher than your hips. As with the above position you can do this many different ways. Take a look around you and see what you think you could use and what you might find comfortable. The most simple way to do it would be to start lying flat on your back then push up lifting your hips off the floor...stick a pillow or two under your bum and you're good to go!


If you need help visualizing these poses...Check this out

A doula can further the effectiveness of these techniques by helping you tilt to a greater degree and adding a gentle rocking motion on your hips with a piece of fabric called a rebozo. This will further stimulate movement in the babe and increase chances of turning.

Once your babe has turned it's a good time to start doing squats and lunges to help babe move down and engage in the appropriate head down position.

Posted by Sarah Winsor at 20:57 No comments:

trying to sort it all out...delayed cord clamping

As with so many things relating to birth, there is a ton of conflicting information available related to Delayed Cord Cutting/ Clamping...


Delayed Cord Cutting/Clamping is
When the practitioner doesn't clamp and cut the umbilical cord immediately after birth...instead waiting anywhere from 1-3 minutes or even until the cord has stopped pulsing.

There are many benefits of delayed cord cutting/clamping...

For example the risk of anemia in the baby is almost virtually eliminated because it receives it's entire blood volume instead of only the two thirds it actually has at birth.

Also because the umbilical cord supplies oxygen to the babe, delaying the cord clamping allows the babe to transition to it's new breathing system much more smoothly. In the event that babe needs resuscitation, keeping the cord intact while the placenta is still pulsing will actually assist efforts to stimulate the newborn by helping to supply oxygen.

Some Doctors feel that the risk of jaundice to the babe is greatly increased by the practice of delayed cord cutting...

Studies have shown that while the biliruben levels are elevated in babes whose cord cutting was delayed, it doesn't even reach clinical jaundice levels.

This kind of risk consideration is a little funny to me because the administration of an epidural to the labouring mother will also increase the risk of jaundice to the babe with the benefit in this situation being a painless labor for mom.

I was able to find a great article on this issue (it even suggests that maybe its a convenience thing for hospital staff rather than an evidence based practice) as well as two wonderful videos short and to the point...so don't worry you won't be sitting here for hours ;)
The first is the opinion of a medical doctor, the second is from a very well respected childbirth educator and doula.
Posted by Sarah Winsor at 10:06 No comments:

all about labor induction

There is a lot of confusing information out there on induction. I know many women who don't know there are any risks involved and view it as standard procedure.

Did you know that your risk for cesarean section greatly increases with labor induction!?!

So...When you are near the end of your pregnancy and your emotions are telling you that you can't stand to be pregnant any longer!!!


...remember, your sweet babe is making the final preparations for the long journey to come and be a part of your family. Babe needs as much time as he/she can get to be healthy and strong and ready for this new world.

Here is a great article that talks about why you may need an induction and options available when you are faced with one.
Posted by Sarah Winsor at 14:25 No comments: 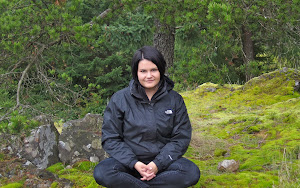 Sarah Winsor is a birth doula and the owner of Bambino Birth Care. She has been attending births in the Kamloops area since 2011. Sarah believes in a woman’s right to make informed decisions about her care and that those choices should be respected. Her goal is to support women who are already receiving medical care but who realize their need for more connection, conversation and holistic support than a doctor provides, as birth is not just a physical event but one that is transformative for a woman in every facet of her being. Contact Sarah for an introductory meeting to determine if her birthing philosophy and approach resonate with you.

Benefits of a Doula

Here are just a few reasons why it is a good idea for a doula to be a part of your birthing team:
...reduces the need for cesarean birth
...shortens the length of labor by 25%
...lessens the need for Oxytocin use by %40
...use of narcotics and forceps delivery is reduced by 30%
...mothers are more able to cope with labor pain and the need for epidural is reduced by a whopping 60%
...mom and baby have more success breastfeeding with both short and long term benefits
...the risk of postpartum depression is greatly reduced as mom is more able to focus on bonding with her babe from the get go